a day in the life 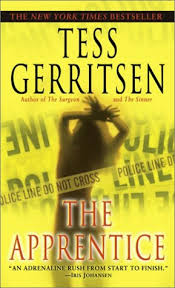 I’m usually not one of those people who lose their temper or one of those that can’t get a joke but sometimes, it depends on the prank really.

Last night, a staff mate, who I recently lent a book from my Gerritsen collection, gave me a book with note that said: I’m sorry I lost The Apprentice. Here’s a new book to cheer you up.

As that was the second book from Tess Gerritsen’s Rizzoli and Isles series, I was devastated. So devastated that I was unable to say anything for a minute. The book she gave me wasn’t even the same book she lost; wasn’t even from the same genre. I was saddened too because the way she broke the news to me was so nonchalant. She knew that it was part of a collection and that Gerritsen is one of my literary heroes.

I know I might be overreacting a bit but anyone who’s a bibliophile and who has a library of her own will sympathize that losing a beloved book is heartbreaking.

I guess my staff mate noticed how sad I was that she came up to me and handed The Apprentice back. Turns out, she pulled the prank just to see how freaked out I would be.

I felt so relieved! I don’t even care how geeky I might have seem being all teary-eyed over a book.

I'm a bibliophile who loves a good musical playlist. I love coffee and is naturally nocturnal. I'm passionate with my job and I love quotes. I'm fascinated with words and I'm always reading and writing. When I'm not, I'm dancing.